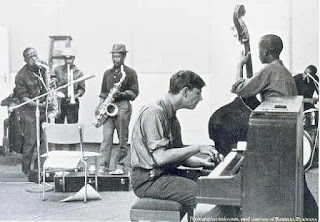 In the recently published Ogun Collection of Blue Notes music boxed set of five CDs is one entitled Blue Notes – Legacy , which is a re-issue of a 1995 album of a 1964 gig by the band in Durban, South Africa.
When the album first came out I was asked by Hazel Miller of Ogun Records to write the liner notes. Now that the album is out again as part of the boxed set released by Ogun (and these notes are included in the booklet accompanying the set) I think I would like to share my 1995, because of the insight it gives into some of the history of South Africa in those now far-off seeming days, and how the implementation of apartheid hampered music making, and indeed almost all artistic endeavours. This is what I wrote back then (and remember, it was just a year after our first democratic elections, Nelson Mandela was president and apartheid was, officially at least, a thing of the past): 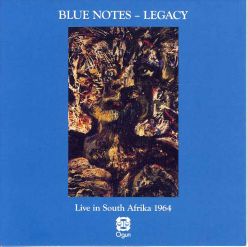 Looking back to the early 1960s from the vantage of a liberated, democratic South Africa, it is somehow difficult to remember those dark days. This is what makes the 1964 tracks on Legacy, recorded in Durban during the Blue Notes' farewell tour of South Africa, so poignant, so evocative of a bygone time. A time which, in the man, evokes not nostalgia but rather a sense of disbelief, of incredulity. Were things really like that back then?
The music on these tracks is so vibrant, so full of a zest for life and expression. Why did the Blue Notes have to leave South Africa? The audiences clearly loved them (just listen to the audience response!) and the music is swinging, tight and inventive. With those lovely rhythmic and harmonic surprises that seemed to be so natural to these six highly talented guys.
But this was a scant three years after Sharpeville, the State of Emergency and the banning of the democratic formations. The tempo of the enactment of laws hindering interaction between people of different “racial groups” was increasing. Looking at the legislation which impacted on musicians,one is struck by the sheer fantasy of it all, by the Alice-in-Wonderland unreality of it, while knowing that, for all its incredible foolishness, the ludicrousness of it, it nevertheless had power to harm, to destroy people's lives.
Legendary alto man Kippie Moeketsi (who features to such good effect on the 1963 big band album Jazz: The African Sound, which was Chris's first opportunity to record with a big band) was so unsettled by all the obstacles put in the way of musicians, he hung up his horn for seven years before being encouraged by fellow musicians to start blowing again. Abdullah Ibrahim (Dollar Brand) and his wife Bea Benjamin, Hugh Masekela, Jonas Gwangwa and literally hundreds of other musicians, writers and artists left the country.
I wonder if any country, with the possible exception of the erstwhile Soviet Union, has so systematically, so painstakingly thoroughly, made it so well-nigh impossible for creative people to live out their creativity. 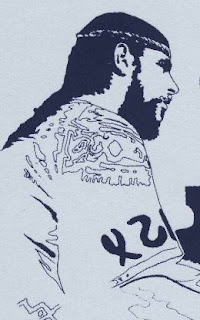 The list of laws and regulations which impacted on the lives, both personal and professional, of musicians (and this is by no means an exhaustive list) includes the Reservation of Separate Amenities Act (No. 49 of 1953); the Native Laws Amendment Act (No. 36 of 1957); the Group Areas Amendment Act (No 57 of 1957) (this Act was used by some white musicians to prevent black musicians from competing with them); and the countless proclamations designed to reduce interaction between people of different races. For example, Proclamation No R26 of 1965 was to the effect that “no racially disqualified person may attend any place of public entertainment, or partake of any refreshments ordinarily involving the use of seating accommodation as a customer in a licensed restaurant or tea room or eating house, or as a member of or as a guest in any club.” As a somewhat cruel aside, bona fide domestic workers could be in such places as they were specifically excluded from the definition of “racially disqualified persons.” So the clubs and restaurants could be kept clean without whites having to get their hands dirty!
In the unbelievably complex world of racial legislation it became more and more difficult for people of different skin hues to work together as musicians. They did continue but at great personal risk to their own safety and, as Chris 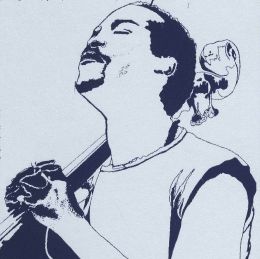 recalled in a 1987 interview with a South African journalist, even the safety of those who came to listen.
In the South Africa of 1995 the horrors of the emerging statutory apartheid (de facto apartheid has existed since the 17th Century) sometimes seem quite far away, quite distant. But then one remembers the pain, the unbelievable dislocations, the confiscations, the disappearances, the mysterious deaths.
And out of all that came this wonderful flower, this amazingly robust thing of beauty at once so steeped in the horror, the day-to-day evil and yet so transcendent, so uplifting: the African, and, more particularly, the South African sound.
The Blue Notes were something of an exception in South African music – a band which stayed together and became a recognisable unit, playing consistently over a long period. Probably the only South African group to come close to this (at least in the field of improvised music) was Sakhile, and they disbanded soon after their tenth anniversary a few years back. They were also unique in being the only South African jazz group to leave as a group and stay together. 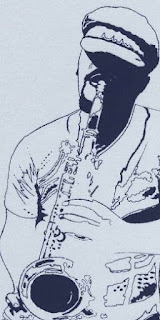 Jazz and improvised music are, of their nature, ephemeral things. So hearing these tracks is a rare privilege for those of us who were not at the gigs. Of the many ambiguities in jazz, recording is one of the happiest, allowing the listener to hear the wonder, the joy of the otherwise fleeting moment of musical truth, the emotional “deep dark blue centre” of jazz of which Hoagy Carmichael spoke.
How extraordinary to savour, after 30 years, the excitement of the Durban concert. The “sound of Whitney Balliett's felicitous phrase, is captured for us to enjoy again and again. 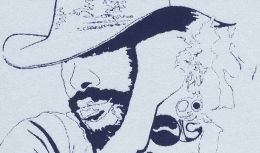 surprise” in
So dig into this music, enjoy it, groove with it as the audience in Durban did, as the Blue Notes themselves certainly did. And spare a thought for those who missed the magical moments.
Spare a thought too for those who, refusing to let apartheid silence their creativity, left this miraculo09us, wonderful country and did not return. Among them were Dudu, Mongs, Mbizo and Chris.
Blue Notes, we salute you, we give thanks to you and the inestimable legacy you have left us.
We miss you.

And we salute you, Tony. Never stop trumpeting your contributions to keeping the knowledge and love for this vital music alive.