What is Jazz? Ain't no other music like it!

What is Jazz? Ain't no other music like it!
According to the Concise Oxford English Dictionary (Revised Edition 2006) jazz is "a type of music of Black American origin characterised by improvisation, syncopation, and a regular rhythm, and typically played on brass and woodwind instruments" and the origin of the word itself is given as "early 20th Century: of unknown origin."
The music commonly referred to as "jazz" has a range and diversity, a richness and beauty, that is totally belied by such a bland definition.
At the same time, I do understand the difficulty faced by the writers of the esteemed dictionary - how on earth does one encompass within a few words, in the form of a lasting definition, a musical tradition and experience that encompasses the sounds of Jelly Roll Morton and Cecil Taylor, Bix Beiderbecke and Don Cherry, Coleman Hawkins and Ornette Coleman, Sidney Bechet and Steve Lacy, Johnny St Cyr and Pat Metheny, and countless others at the various extremes and points in between that constitute the territory of jazz?
Posted by tonymcgregor at 22:29 No comments:

The beginning of something new - a portrait in jazz

The beginning of something new - a portrait in jazz
Evans went into a studio on 28 December 1959 under the direction of producer Orrin Keepnews, with young bassist Scott LaFaro and drummer Paul Motian to lay down 11 tracks of a new way for a jazz piano trio to play and sound.
Posted by tonymcgregor at 15:20 No comments:

Mingus gets down to the roots of the matter 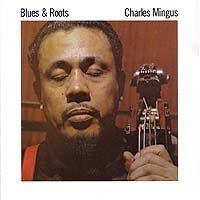 Mingus gets down to the roots of the matter
On 4 February 1959 bassist Charles Mingus took with a group of top class jazz musicians into the Atlantic Records studio to record a "barrage of soul music: churchy, blues, swinging, earthy" to quote his own words, and the result is the magnificent "Blues and Roots", an album which gets me shouting and moaning myself whenever I listen to it (which, I have to admit, is quite often!).
Posted by tonymcgregor at 10:13 No comments: