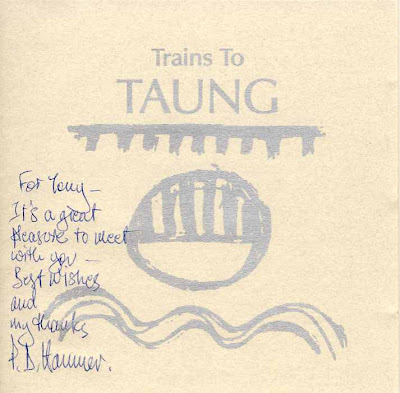 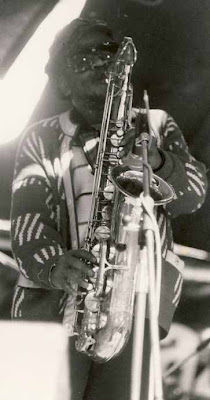 Today I had a meeting with my friend, bass player Ernest Mothle, who came to my home for one of our regular talk sessions. I am getting him to talk about his life in music, as he is one of a disappearing group of South African jazz musicians born during, or around, the years of World War Two, with the hope of later publishing the story of his life in some form or other.

Obviously with the death of Mankunku still in our minds, the talk turned to Ernest's meeting with, and learning from, the great tenorman. During our meeting last week Ernest had spoken a bit about Mankunku, but now he wanted to tell the story in more depth, to indicate more fully his sense of indebtedness to Mankunku.

The following is more or less how the conversation went.

“I was playing with a band called the Big 5, with Early Mabuza on drums, Pat Matshikiza on piano, and myself on bass, we were asked by Ray Nkwe, who founded the Johannesburg Jazz Appreciation Society, to back Mankunku for a gig because Mankunku had not brought his band up from Cape Town with him. Ray had brought him up for promotional purposes.”

“Early, Pat and myself rehearsed a song that had no title. Johnny Mekoa (a well-known trumpeter and jazz educator in South Africa) was listening to this. He commented that since Mankunku had hit town, all the tenor players around sounded 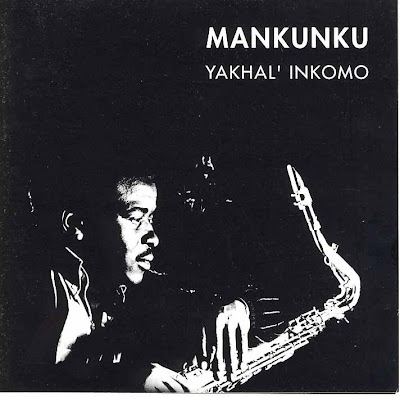 “Mankunku then said he would call the tune 'Yakhal' inKomo'. That's how the song was named.

“The band was also rehearsing for a recording we were going to make for Professor Yvonne Huskisson of the SABC. We were asked to do about 10 songs. 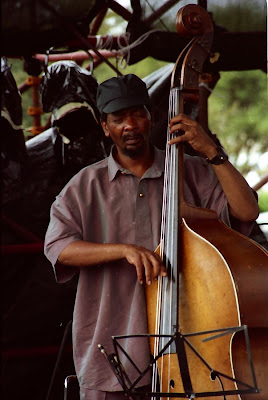 of these songs stood out – one was the ballad 'It Might As Well Be Spring' (from the 1945 movie State Fair by Rogers and Hammerstein) and the other was 'Yakhal' inKomo'.

The latter was so good that there was huge public demand for it to be recorded.

At around that time Ernest was arrested on charges for which he was later acquitted. But the result of his being in jail for a while was that when the group went to make the recording of 'Yakhal' inKomo' they thought Ernest was still in jail and got Agrippa Magwaza to play instead. That's how Ernest missed being on the biggest-selling jazz album in South Africa.
“Ray Nkwe had access to lots of jazz records (because of his position as head of the Jazz Appreciation Society) and so a group of us used to spend a lot of time at his place listening to his records – that was myself, Mankunku (who was staying with Ray at the time), guitarist Cyril Magubane and drummer Gilbert Matthews. From those hours of listening emerged a band which eventually became Heshoo Beshoo (this band made the great album Armitage Road, now sadly no longer available).

“I learnt a lot from Mankunku – especially involvement, the use of tonic solfa, and concentration.
“Mankunku was totally involved in his music, totally emotionally there. I liked that even though I was in awe of it.

“Tonic solfa helped us to grasp and understand the music very quickly. We would not have managed to learn so much so fast with staff notation.

“Concentration – Mankunku taught us this by getting us to climb a tree with our shoes on, after a few, actually a lot of, brandies! This led to my riding a motorbike for the first time in my life. It happened like this – we were having a lala-vuka (an all-night drinking session) and in the early hours of the morning ran out of booze. One of the people there had a motorbike ad so I said I would go and buy some more liquor if I could use the bike. So the guy showed me the gears and how they worked and I went off on it.

“The others were very worried, especially Mankunku, as we had been drinking for a long time. But I came back safely with the booze. I managed because of the lesson in concentration that Mankunku had given me.”

“He's always stood by me – we've always been there for each other. I remember once a tenor ploayer called Mike Faure came to play at a club where we were playing. People were drawn to him because he was doing a new thing, a sort of Archie Shepp thing. I noticed Mankunku sitting to one side, feeling left out, so I went and spoke to him and told him I'm with him.

“After the recording of 'Yakhl' inKomo' there was a jam session at Early Mabuza's house in Dube, Soweto. There were a lot of musicians, young and old and at that time I was just a face in the crowd because of the euphoria and excitement around 'Yakhal' inKomo'. I'll never forget Mankunku chose my favourite song on the programme, the ballad 'It Might as well be Spring' and came and asked to take the bass. I was shy and only reluctantly took the bass. We did the song and there was that emotional thing happening again and I could see him crying.

“After the song ended he asked a question to the people in the room: 'Why don't we always play like this?'

“I was a little confused at first but then I realised he was talking about getting emotionally involved when playing – giving it all.

“This is my form of dedication and I want to thank him for his contribution to my career.

“Go well, my dear friend.”
Posted by tonymcgregor at 21:27 No comments:

His younger brother Thuli said today the saxophonist had been ill for a while. "He was suffering from heart disease and has been in and out of hospital. In the end, his kidneys and liver packed up," he said.

Ngozi died at the Victoria Hospital in Cape Town at around 2am.

Friend and music promoter Rashid Lombard said Ngozi's death was a great loss for jazz music in Cape Town and South Africa.
Posted by tonymcgregor at 10:43 No comments: 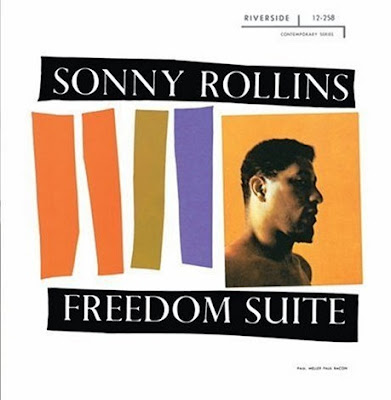 Top 10 Jazz CDs – Tony's Picks
This Top 10 list is going to concentrate on the players from North America that I have found that I enjoy and relate to. I will do a follow-up Hubs on the South African and the European Top 10s in due course. These might entail music that is less familiar to listeners and fans.
Posted by tonymcgregor at 10:49 72 comments: