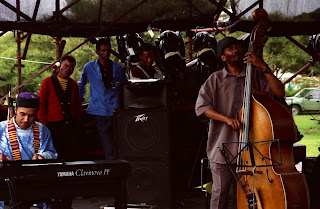 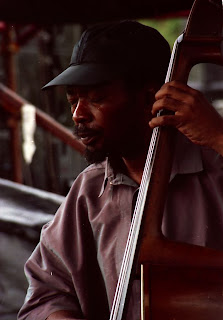 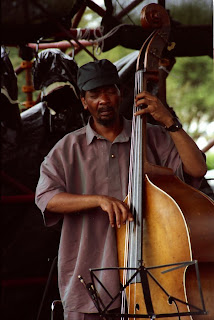 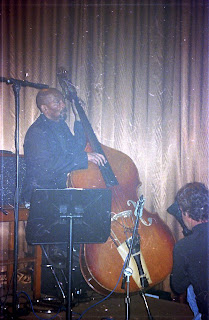 A great lost. I had the chance to have him played with Chris McGregor and Charles Tyler in Ste- Foy-la-Grande, Gironde, France. Mr Mothle was very humble man who share a very special complicity with Chris.
All my sympathy to his family.
Merci Tony de nous faire partager cette triste nouvelle.

I was lucky enough to see Ernest in a concert organized by "Jazz Gegen Apartheid". It was a quartet led by John Tchicai. Harry Beckett was the trumpeter and Makaya Ntschoko was the drummer. They only played Johnny Dyani tunes.
That was fantastic!
RIP Ernest

Ernest,
May you take your warmth and your sharp sense of humour on your spiritual journey.
What you gave us, luckily we can keep, and share with others.
So long Bra Mogotsi Mothle
I won't forget you
Love
Kei Murray Mongezi Prosper McGregor

Amazing! Its truly amazing post, I have got much clear idea on the topic of from this paragraph.

great points altogether, you simply received a new reader.
What may you suggest about your put up that you simply made
a few days ago? Any positive?

Take a look at my web blog: ロレックスレプリカ

What's up every one, here every one is sharing such know-how, thus it's fastidious to read this webpage, and I used to pay a quick visit this
website all the time.

Its like you learn my thoughts! You seem to know a lot approximately this, like you wrote
the ebook in it or something. I think that you simply can do
with some p.c. to force the message home a bit, however instead of that, that
is excellent blog. A great read. I will certainly be back.


Here is my site: ロレックスレプリカ

Unquestionably imagine that that you said. Your favourite reason seemed to be at the web
the simplest thing to be mindful of. I say to you, I definitely get annoyed even as folks think about issues that they just don't realize about. You controlled to hit the nail upon the top and also defined out the entire thing without having side effect , folks could take a signal. Will likely be again to get more. Thank you

I really like your blog.. very nice colors &
theme. Did you make this website yourself or did you hire someone
to do it for you? Plz respond as I'm looking to design my own blog and would like to know where u got this from. thanks a lot

Take a look at my web page - ロレックスコピー

Amazing! This blog looks exactly like my old one! It's on a totally different topic but it has pretty much the same page layout and design. Outstanding choice of colors!

Excellent, what a website it is! This web site
provides helpful information to us, keep it up.

This design is steller! You obviously know how to keep a reader amused.

Between your wit and your videos, I was almost moved to start my own blog (well, almost.
..HaHa!) Wonderful job. I really loved what you had to say, and
more than that, how you presented it. Too cool!

This site was... how do I say it? Relevant!! Finally I've found something which helped me. Cheers!

Here is my webpage エアジョーダン

Please let me know if you're looking for a author for your weblog. You have some really great posts and I think I would be a good asset. If you ever want to take some of the load off, I'd really like to write some articles for your blog
in exchange for a link back to mine. Please blast me an e-mail if interested.

Informative article, totally what I wanted to find.

Howdy! I could have sworn I've been to your blog before but after browsing through many of the posts I realized it's
new to me. Anyways, I'm certainly happy I found it and I'll be bookmarking it and checking back regularly!